What makes Thai food SO good?

Thai food obviously originates in Thailand, but it’s also influenced by regional neighbors like Cambodia, Malaysia, and India. Like most Asian cuisine, Thai food is traditionally eaten using the right hand, however most modern Thailanders tend to use forks, spoons, or chopsticks. The practice of using cutlery dates back to 1897 when Thai King Chulalongkorn returned home from a visit to Europe.

Thai food typically falls into 4 categories: Tom or boiled dishes, Yam including a range of spicy salads, Tam which incorporates pounded foods, and Gaeng, or curry. There are a few exceptions inspired by Chinese food that involve deep frying, stir frying, and steaming food. Given the influence of Buddhism in this country, few traditional dishes include meats, with modern interpretations of this cuisine often including animal based proteins alongside the established vegetarian fare. The addition of chili peppers in Thai food blended into the cuisine during the 1600s when Portuguese missionaries arrived. The Thai food we enjoy today artfully blends sweet, salty, sour, spicy, and even bitter flavors to create the delightful dishes we love today. The following are our favorite places for Thai food in Austin.

Absolutely every friend I talked to about this blog post said I HAD to include Titaya’s Thai Cuisine on this list. Inspired options like the Taro Corn Fritters with Chili Sauce as an appetizer and classic main dishes like Pad Kee Mow (spicy, stir fry noodle dish also known as Drunken Noodles) and Chicken Satay are huge crowd pleasers here. You also have to try an order of the perfectly crispy Taro Crisps paired with the spicy & flavorful Chicken Wings.

I often find myself asking, “What DOESN’T The Domain have?”. Outstanding nightlife, top shelf bars, world class shopping, and luxury living aren’t the only benefits of Domain life; there’s also some of the best Thai food in town at Thai Kun. In 2014, Bon Appetit Magazine named them among the Best New Restaurants in America, making it the only food truck on the list that year. The Pad See Ew here is best around. Pick either pork or tofu to accompany the flat noodles, sweet soy, and egg that create this meal.

Family owned and operated since 2013, the Wat Zab Thai food truck has been serving flavorful food to Austin. “Zab” means tasty in Thai and that name is so accurate! The menu here has good prices, large portions, and even a few gluten free options; Just ask one of the super friendly folks there what the offerings are that day. The portions are big, the prices are great, and it comes out fast. You can even customize the spice level with favorites like Pineapple Fried Rice or Red Panang Curry (bell peppers & green beans simmered in coconut milk).

If you’re looking for the best Thai food in downtown Austin, look no further than Mai Thai! Their Pad Thai has a thicker, sweeter sauce than most you’ll find around town. You also have to order the Mai Thai dumplings that are stuffed with ground pork, shrimp, water chestnuts, mushrooms, bamboo shoots, and onions. The Thai tea is refreshing without being overly sweet. Order this, hit up their outdoor seating, and take in all the views of downtown while you enjoy your meal.

Owners Jam & Bruce used their passion for food and their expansive knowledge of the restaurant industry to manifest Thai Fresh. Since 2008 this spot has been offering local, seasonal, and sustainable food options that also features gluten free, vegan, or traditional bakery favorites. Yes, you can get delicious Thai food and delectable desserts all in one spot! You can’t go wrong with an order of the Coconut Shrimp, Larb Nang Gai Todd (crispy chicken skin with toasted rice lime juice, cilantro, and Thai chilies), and Chu Che Curry which is a creamy curry with cardamom, kaffir lime leaves, and your choice of protein. Don’t forget to grab a bakery treat for dessert!

I’m dedicated to being an omnivore, but when I hear about a vegan dish called Noodle Lord, I have to try it. With a name like that, it would be apt to assume that Sap’s Fine Thai Cuisine is the Temple of Deliciousness! The Noodle Lord combines flat noodles with vegetables, tofu, and seasoned with sweet soy & chili. The Chicken Satay here is perfectly seasoned and served with a spicy peanut sauce. Sap’s also has an array of delicious soups like Guay Teaw Ped Toon which is a light brown 5 Spice Soup that features duck leg and mushrooms.

Of all the places on this list, this is the one I can say with great confidence that people are sleeping on how amazing the food is at PD Thai on Guadalupe. Going there any time of the day will wow your taste buds, but you can’t beat the lunch special there. For a great price, you can get soup, salad, and one of their Thai cuisine classics with a range of proteins to choose from. I recently tried the Pad Praram from there. I chose chicken for my meat. It was delicately seasoned, served with steamed vegetables, and probably the best peanut sauce I’ve ever had.

Think of East Side King as the punk rock cousin to the other places you’ve read about so far. This spot is located on South Lamar in a vibrantly muraled strip mall that includes a body piercing shop as well as a coffee & wine bar. One of the last places that keeps Austin weird, I love the idea of grabbing some lunch, getting a piercing, and finishing up the day with a glass or two of wine. The cuisine at East Side King is Asian fusion with much of the inspiration coming from Japanese and Thai cuisine.

“Dee Dee” means “Good Good” in Thai and this food truck definitely delivers on this name. Since 2016, Dee Dee has been serving delicious Northeastern Thai street food that keeps folks coming back for more. The Om Gai is one of my favorite things on their menu. This is a spicy, chili-paste broth based chicken stew dill, lemongrass, onion, basil and comes with sticky rice. Pair that with some Mango Sticky Rice for dessert and you’re one Thai Tea away from my dream order at Dee Dee.

Tuk Tuk Thai Cafe has, hands down, the best eggs rolls and house made sweet & sour sauce in Austin. They are perfectly crispy, never greasy, and packed with fresh ingredients. The Masaman curry is second to none combining coconut milk, potatoes, and peanuts. All their food is mouth watering, but make sure you check out the House Specials like Gai Lad Prik (fried chicken strips, with jalapeno, bell pepper, and  green beans in a spicy red Thai curry that comes with sticky rice. Tuk Tuk is currently open exclusively for take out, but what’s better than enjoying delicious food in the comfort of your own home? 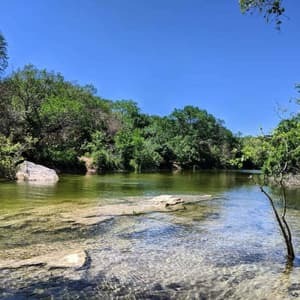 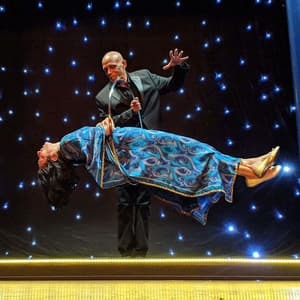 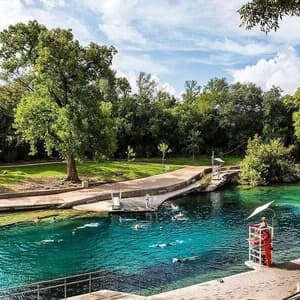 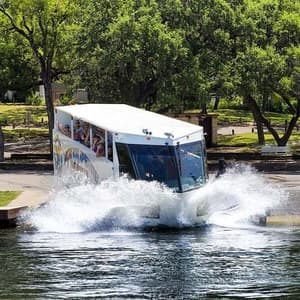 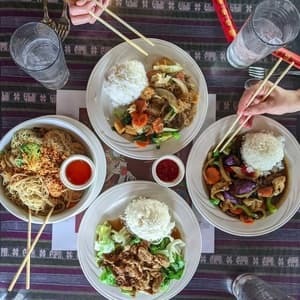 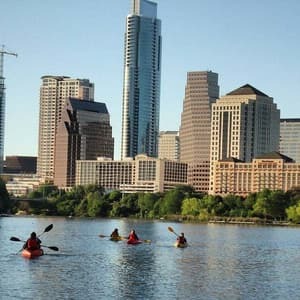